Some time ago I have replaced most of light bulbs with LED bulbs. Typically these imported directly from China were significanlty cheaper so that I gave them a try. LED diodes can work thousands of hours without an issue, right? Unfortunatelly not in this case. Less then hundred workhours later one by another started flickering just to stop turning on soon after that. Each LEDs bulb stopped due to burnt LED. I tried not to give up for really long time. Until another broken LED last week.

LED bulb I have chosen, priced less than $2 a piece, have trivial construction: rectifier, filtering caps and a limiting resistors, that’s all, like in this design. Since AC powered LEDs are flickering at double rate of mains power I used them in corridors and utility room light. To my eyes this flickering is annoying enough that living room and workbench are enlighted with CFL bulbs. Since LED bulb has series of power LEDs it means failure of one LED makes whole bulb broken. At least for layman. I decided to fix them one by one replacing burnt LED using SMT heatgun, easy stuff for EE hobbyist. Problem solved in few minutes. At least I hoped for it. 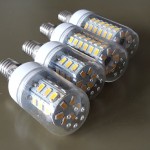 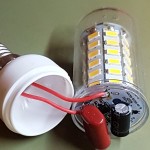 It did not last more than few weeks and another bulb started flickering of death, then another one and so on. Having installed about 10 LED bulbs I had to dismantle these plastic casings every second week looking for failing LED to resolder replacement LEDs I collected from first dead LED bulb. Problem was even more symptomatic with LEDs mounted close to heat source at oven hood; these bulbs could fail in less than few workhours. As I marked each replaced LED I noticed that each time different LED failed. Even without a math either these LED suffer from suprisingly low MTBF or there is a design or assembly flow and LEDs get permanently overheated shortening typical lifetime by two orders of magnitude or more. This way or another I found myself trapped dauting tasks of rotating spare LED bulbs and then, once a month or two, resolder LEDs. Until I got rid of most of them.

To be fair China produces goods ranging in price and quality more than any other place in the world. I got top notch Xiaomi air filter, quite expensive and perfectly built and working for last 2 years without any issues. I have imported thousands of electronic components (claimed to be) genuine western brands and I got ripped off only once. I bought tens of gadgets and in most cases I got what I was expecting. It may have been just a bad luck, but since these days I cherish peace of mind more than money savings I am not buying them anymore from China. 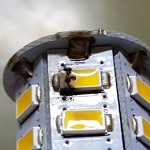 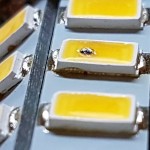 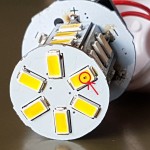 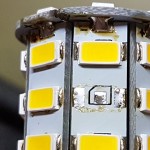 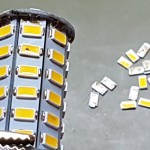 Spare LEDs is a must