Urban skater wearing glasses is in trouble picking up right headphones. The problem is multifold. Let start with head movements that are really rapid, far more aggressive then runner or cyclist does. Wearing glasses means there are extra obstacles near ears interfering with some headphone types. Next, skating streets requires high situational awareness; headphones have to pass through ambient sounds. Also riding inline I can accelerate up to cyclist speed when wind blow cutting through headphones makes extra noise. Finally the sound itself, crisp clear and rich in bass, is what I need. 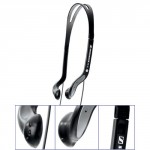 Sennheiser PX-10 – number one before Bose

For last years I was exploited couple Sennheiser PX-10’s. Even though they have thin head band it stays away from ear flaps so that any type of glasses works with it. Reach in bass due to in-ear system and transparent to ambient sound due to semi-open characteristics matched my needs for couple years. The only drawback was faulty volume slider located at the cable. As the volume control is passive, based on variable resistance (potentiometer), it was getting oxides in months working in hard conditions of prespiration moisture. Each pair I had to fix by removing volume control element resolering cable. Over time due to dynamic nature of usage, cable near headphones got cracks and finally fall apart ending its lifecycle.

I would get another PX-10 again but it is not on stock any more. As the last pair is in duty for 3 years now I predicted its lifetime going to the end soon and started looking for new headphones. First problem was there is no similar construction matching the price (around 25 euro). I was trying once ear-bud type of Senheiser heaphones and while runners reported success, I found it constantly popping out of ears as I turn my head back and forth constantly and rubber cable smearing over body was simply pulling it out. The other pair of headphones I was trying had silicone rubber straps to wrap around ear flaps, similar to Sony MDR-J20. It is good idea if you do not wear glasses; combined together it was uncomfortable experience of clogged stuff around your ears. 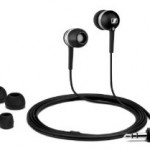 Sennheiser SX300 – falls out when skating 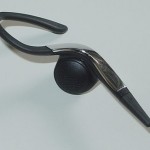 The last chance was a construction using silicone ear buds expanding inside ear flaps. Forums were full of contrary opinions, depending of specific model and brand. I decided to give a chance to Bose IE2 for two reasons: positive reports from sportsmen and getting them for free. Actually not for free but spending loyalty points on frequent flyer program. I could choose of IE2 (just ear plugs and cable), MIE2 (mobile version so it has microphone as it is designed to work with phone) and SIE2 (sports version, waterproof and more solid with apple-oriented music control). As the price grows from 100 euro through 129 up to 149 respectively I decided to choose simples version without fancy control on the cable yet having the same parameters. And a week later I picked up the shipment.

You can imagine my first test after unboxing: headshake test. I placed them in my ears just to find how nice they feel, almost immediatelly I forgot I have them placed. The I started what rock and metall stars do on the stage: quick head circles wavin hair around. Then I shaked my head back-front-back-front and so on. To my surprise headphones were still there as if glued. 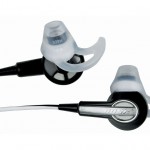 The last test was in the field. As soon as I started my speedy ride I realized that head bar in PX-10 was generating a lot of hiss when cutting the air. The noise was still there as my ear flaps were making it it was much more supressed though. The flip side is Bose has higher impedance than Senheiser making them less loud and requiring extra volume setting to get the same perception. While stationary sound of Bose IE2 beats Sennheiser PX-10 to the ground, skating however the sound is being mixed with wind and street noise, overall impression becomes very comparable.

Is is worth to spend that much on Bose? Definitely yes if you listen to the music not only when training. And definitely yes if you need reliable mounting system. Now I feel free again as I can forget about ear plugs and enjoy the music swallowing kilometers of pavements, streets or slalom meanders.

This entry was posted in Gadgets, Skating. Bookmark the permalink.